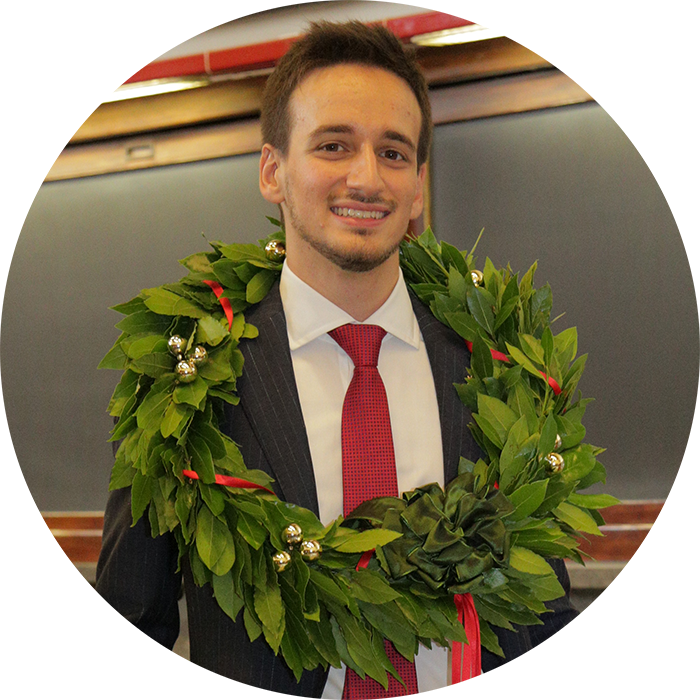 PhD student in Physics at the University of Padova

Since its first experimental signatures, the so called “critical brain hypothesis” has been extensively studied. Yet, its actual foundations remain elusive. According to a widely accepted teleological reasoning, the brain would be poised to a critical state to optimize the mapping of the noisy and ever changing real-world inputs, thus suggesting that primary sensory cortical areas should be critical. We investigated whether a single barrel column of the somatosensory cortex of the anesthetized rat displays a critical behavior. Neuronal avalanches were recorded across all cortical layers in terms of both multi-unit activities and population local field potentials, and their behavior during spontaneous activity compared to the one evoked by a controlled single whisker deflection. By applying a maximum likelihood statistical method based on timeseries undersampling to fit the avalanches distributions, we show that neuronal avalanches are power law distributed for both multi-unit activities and local field potentials during spontaneous activity, with exponents that are spread along a scaling line. Instead, after the tactile stimulus, activity switches to a transient across-layers synchronization mode that appears to dominate the cortical representation of the single sensory input.